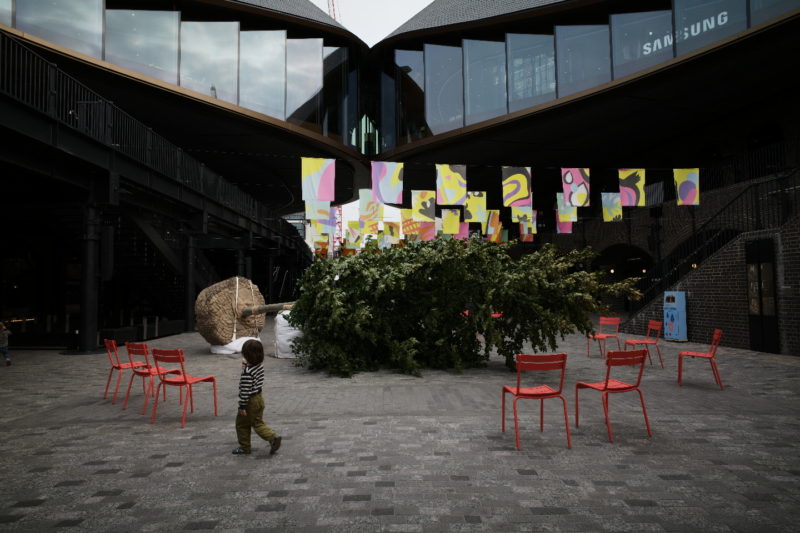 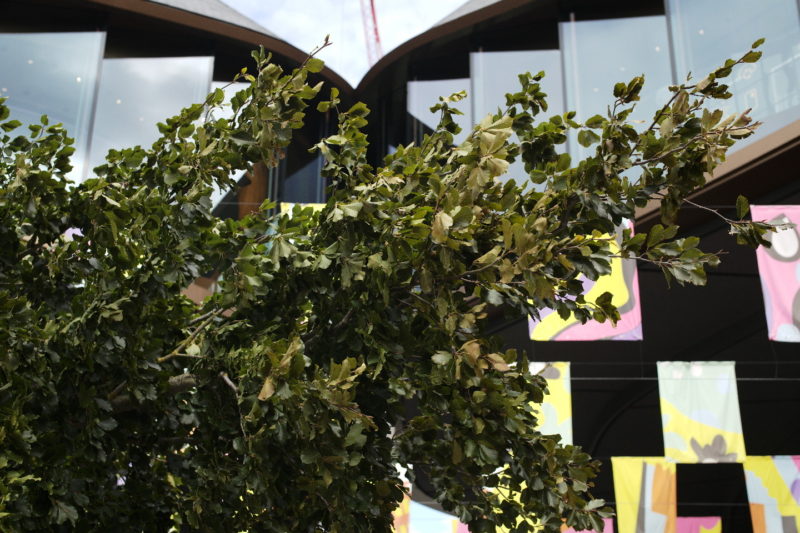 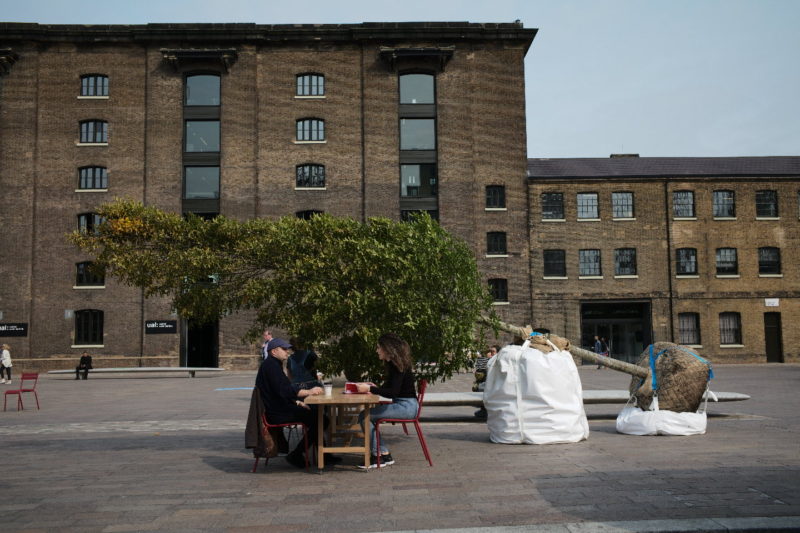 The Kings Cross Design District commissioned muf to create its first ever District Commission as part of the 2020 London Design Festival.

On Their Way is based on a series of interventions which double as a thoughtful wayfinding trail around Kings Cross. Mature root-balled trees are carefully positioned in temporary resting places across the site, their crowns pointing visitors towards the next destination, from the station to Coal Drops Yard via Granary Square.

The trees are found in purposefully unexpected situations and angles, emphasising the transient nature of their time in the district. They are, literally, on their way elsewhere: after serving as landmarks and meeting points for the duration of the Festival, the trees go to their permanent home at The Grove school in Tottenham for students with autism, bringing necessary shade to a formerly treeless playground.

muf’s response to the wayfinding brief subverts the usually fleeting nature of a festival-led commission – re-purposing the available resources to create a space of lasting value, whilst still fulfilling the brief for a temporary intervention.

The project was realised with trusted collaborators including Atelier One, Stuart Inge and Willerby Landscapes. Photographs by Lewis Ronald.