muf is an internationally recognised practice whose work is a collaboration between art and architecture – simultaneously pragmatic and endlessly ambitious.

Projects range from urban design schemes to small-scale temporary interventions via landscapes and buildings – a continual dialogue between details and strategy. Interested in the design of public spaces, and in making spaces public, muf engage with, and build on, the capacity of local communities to deliver high quality and sustainable outcomes.

muf are the only UK winners of the European Prize for Public Space and were the authors of the British Pavilion at the Venice Biennale in 2010, where they continue to collaborate. With a studio in East London they have worked on many projects local to their practice, as well as abroad, including urban strategies in the cities of Pittsburgh, Cologne and Gothenburg.

As a studio, muf’s approach is open-ended, process driven and experimental – unafraid to challenge any client who thinks design is done and dusted early on in a project. Every project contains an element of unsolicited, unpaid for research.

Dedicated to creating shared public spaces for more than one (fragile) thing at a time, their work has been recognised internationally, nationally and locally by the European Prize for Public Space, Mies Van der Rohe Prize, Swiss Prize for Architecture, RIBA, Housing Design Awards, Landscape Institute and Hackney Design Awards.

muf architecture/art was established in 1995 and has never had less than 80% female members, including founding partners Katherine Clarke and Liza Fior. muf is an accredited Living Wage Employer. 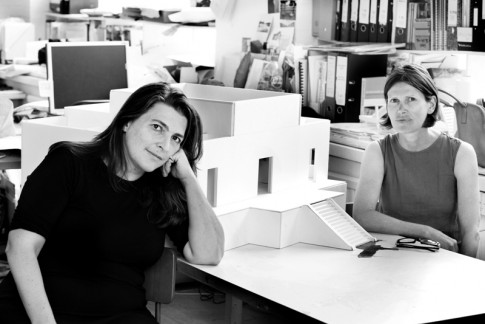 muf have worked for The City of London and other London local authorities including Hackney, Tower Hamlets, Southwark, and Barking and Dagenham. They are on ADUP panels 1, 8 & 9

muf’s recent and current clients include English Heritage, CrossRail, the Church of England, the Victoria & Albert Museum, the Barbican and Guildhall School of Music and Drama, the Science Museum, the Forestry Commission, Tate Britain, the National Trust, Arts Council England, the Royal Academy, and the British Council.

“Where others might mouth platitudes about social inclusion, or regeneration, or legacy, or public realm, they want to find out what they actually mean and realise them in practice.”
Rowan Moore, Observer

“Their advocacy for the benefits of public space is critical in an increasingly unequal city, a message that is both profoundly political and utterly necessary. The group is making space for the city to be able to hold on to its humanity, without which it is no longer a city.”
Edwin Heathcote, FT