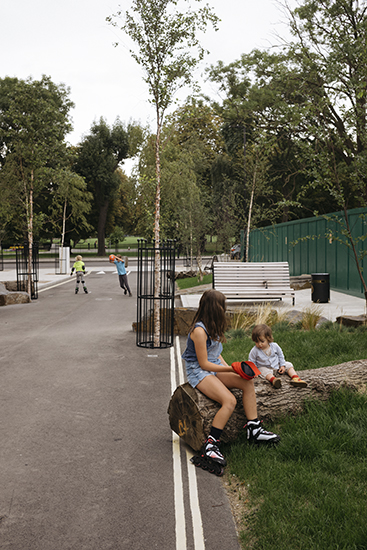 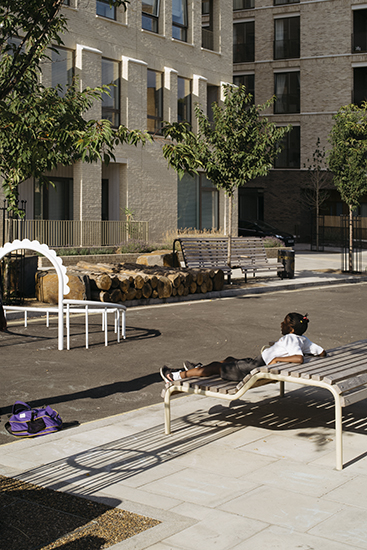 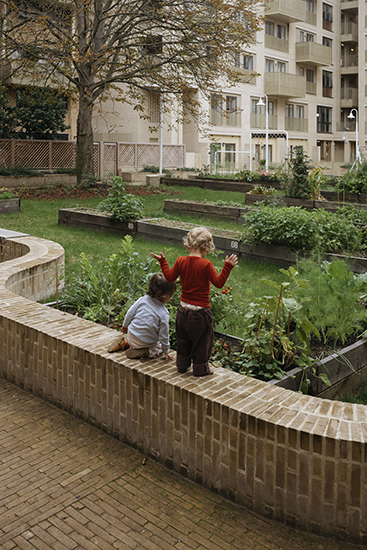 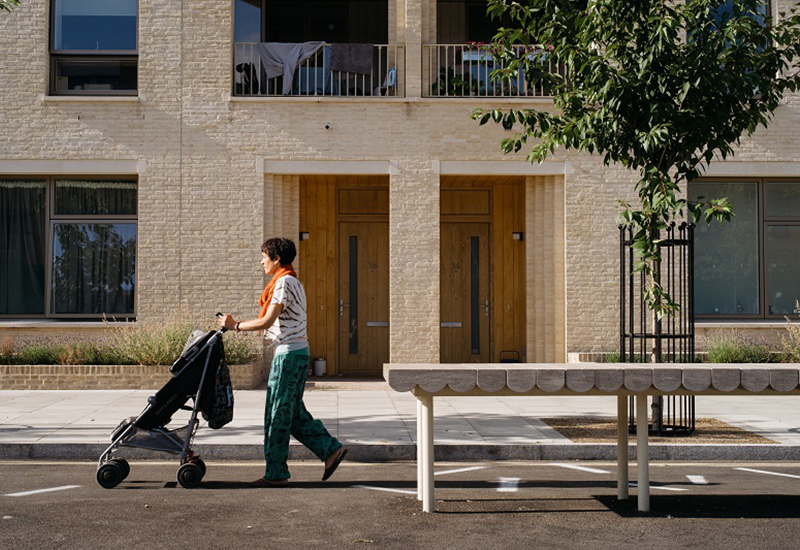 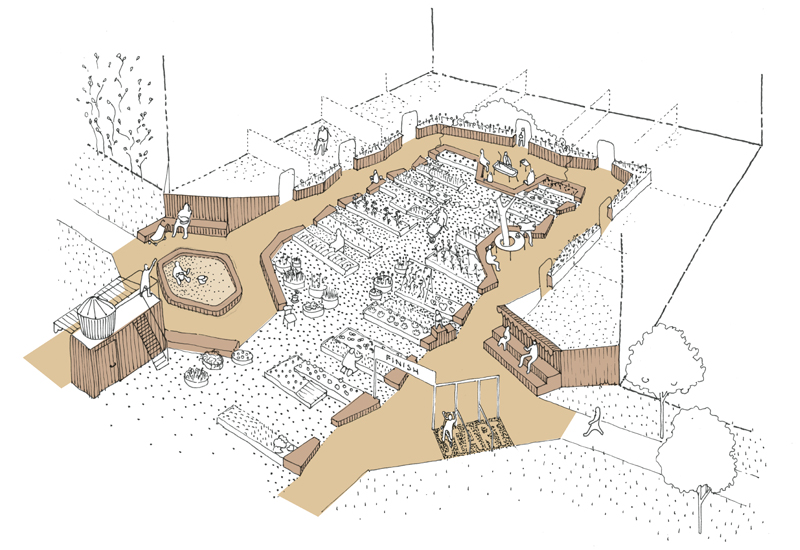 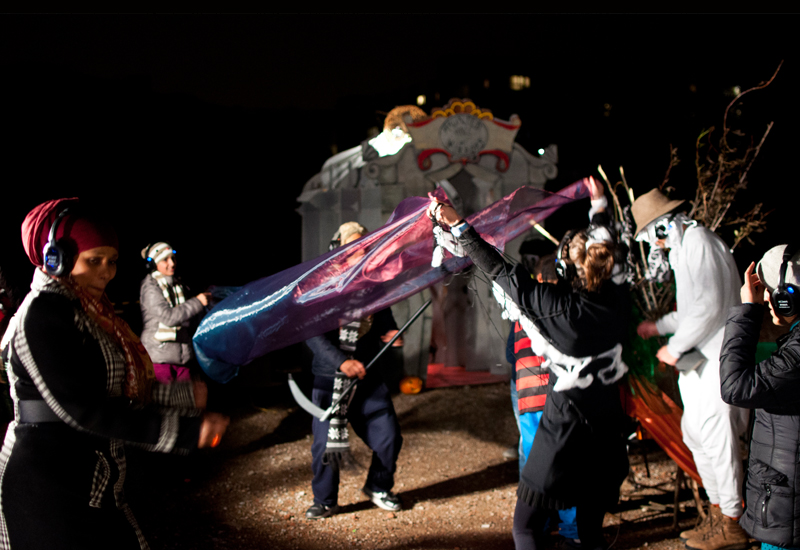 Public Space
muf worked with Karakusevic Carson Architects and Henley Halebrown from the masterplanning stage on the RIBA and AJ Award-wining Kings Crescent.

The centrepiece of the public realm is a new playable street that runs the length of the site, named Murrain Road after the late resident who ran a local youth club. Both route and destination, the street makes a new connection to Clissold Park, and is a shared resource for residents and neighbours from the wider area – settled and incoming, young and old.

The design puts the local generation of children at its centre, both formally and through use. It challenges the perception of a street as a utilitarian space by introducing natural materials and a theatrical atmosphere. In doing so it prompts debate about the potential of our urban fabric to be adapted, and density interpreted as an intensification of use.

Murrain Road makes space for a multitude of recreation types: traditional play equipment combined with natural elements such as logs, rocks and water; props for imaginative play such as a theatre and a large table; and amenity areas for all ages such as bespoke seating that caters to the elderly as well as it does to teenagers.

It provides a space where a child can learn to ride a bike, invent new games with friends, or draw on asphalt with chalk. The street is complemented by a series of communal courtyards that make provision for community flower and vegetable growing, alongside further opportunities for play, socialising and respite from domestic life.